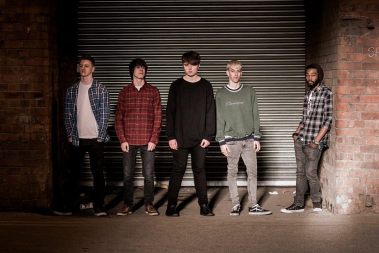 With influences such as Arctic Monkeys, Muse and Foo Fighters, The Indigo Project formed in early 2015, and they’re finally showing us some of their material.

Lead single Taste It has a very refreshing sound, and introduces us to the band with ease. Giving off the vibe of a mixture between Catfish and the Bottlemen and Circa Waves, this is definitely one for your summer playlist!

Track 2, Wise Man, is definitely my favourite on the EP. It shows a much more energetic, heavy side to the band, and the impeccable vocals from Joe Spink fit this vibe perfectly.

As Always has a particularly infectious sound to it, with the fabulously funky guitar riffs, and even more so the chorus, which ran through my head for hours after first hearing it.

Snake Bite starts off quite calm and quiet, allowing listeners to hear the unique vocals more clearly, but also showing a more acoustic side to the band. However, this soon takes a turn, as aggressive guitar riffs underpinned by imaginative drumming come into the equation.

The EP will be available to buy on iTunes, Bandcamp, and also to buy directly from the band at their gigs, as well as other merch. You’ll also be able to stream it on SoundCloud, which I will link below.

The band have two gigs lined up for April 2016. The first is on the 9th, for the launch of the EP at The Keys Club in Leeds. On the 19th they’ll be taking part in the centre stage competition at Belgrave Music Hall. They have also confirmed a slot at Live at Leeds, with the venue still to be confirmed.

Having already picked up radio airplay from ‘BBC Introducing’ and ‘East Leeds FM’, it is clear 2016 is going to be a big year for this band, and if you’re into the whole ‘indie rock’ vibe I would be sure to go and listen!

You can find the band on social media here: